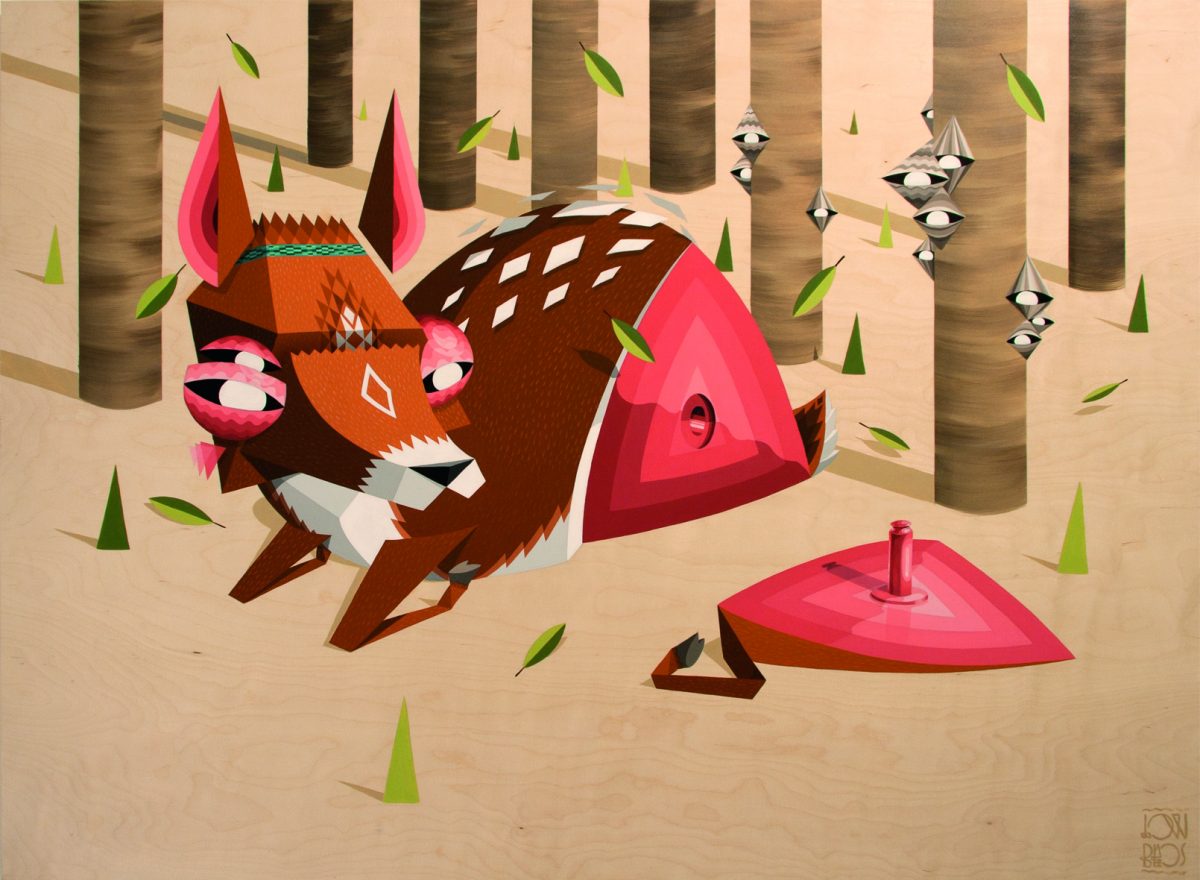 The title of the exhibition might come across as a simple rhyming pun but, is in fact the most basic form of introducing  the Art of Low Bros. Wood in a forest represents nature and naturalness, while the hood as an urban neighborhood embodies the codes and attitudes of the big city. What began in Hamburg as a game, the childhood of the brothers Christoph and Florin Schmidt, going from backyards to rural idylls, culminates today in a unique universe that draws its power from the ambivalence between urbanity and nature. Their imaginative animal characters are always paired with human attitudes influenced byelements of youth culture from the 80s and 90s. The works live off of th ecomplex interplay of two- and three-dimensionality when geometric surfaces with cubism meet flowing organic forms , expressive color pallets andmulti-faceted patterns. The technical precision and attention to detail are remarkable. The intricate play of light and shadow enhances the contrasts and combines seemingly incompatible elements such as street life and enigmatic mystic nature. The fact that this is stillachieved in a very light-hearted way , is due to the many cheerful details, that unfold on closer inspection. Ambivalence with a wink, as one could describe the world of Low Bros, where in turn their sceneries unveilsureal places of wonder. The artist duo Low Bros, formerly known as Qbrk and Nerd active solo, was formed in 2011 and has since created numerous thematic series of its characters. They live and work in Berlin.