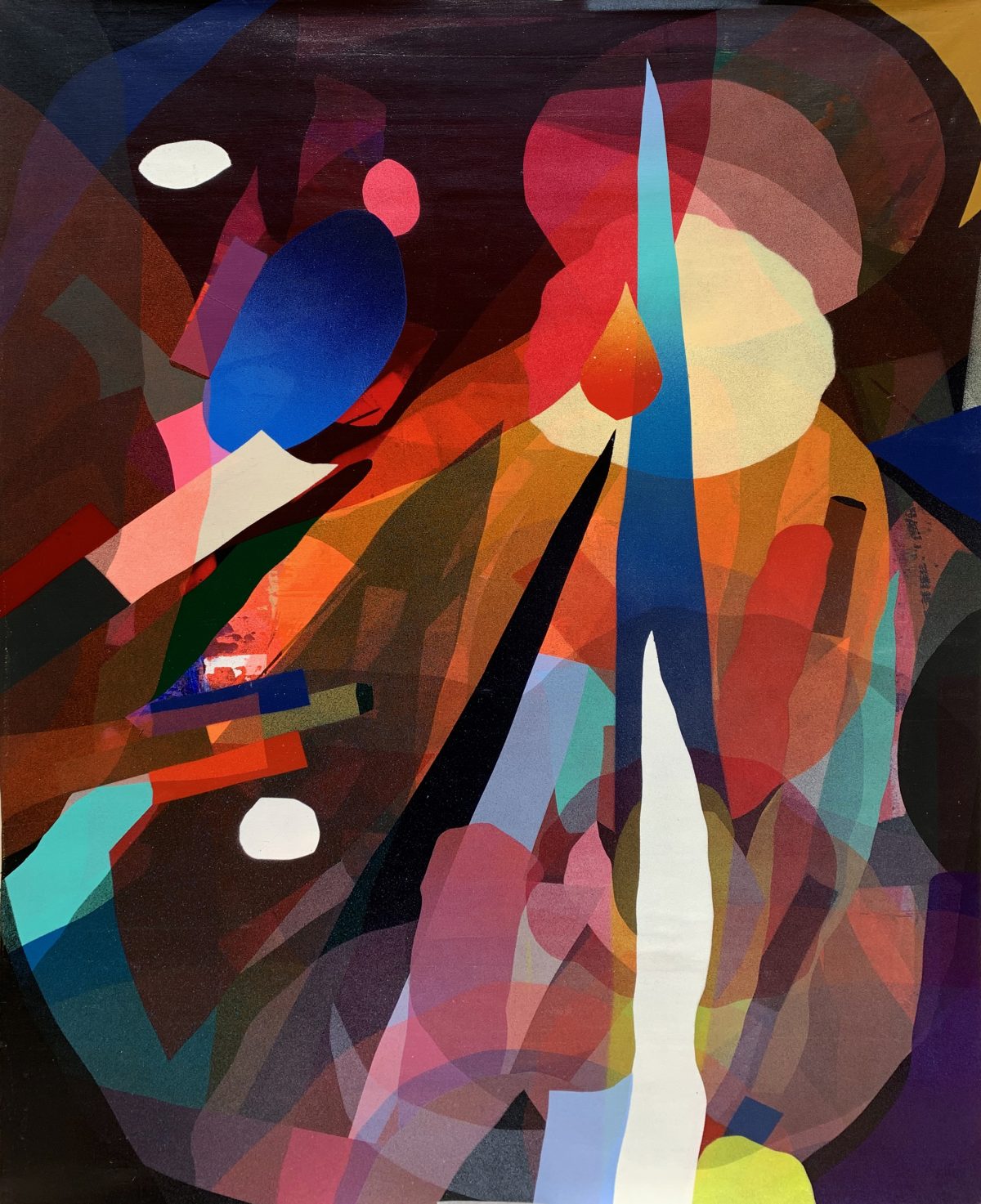 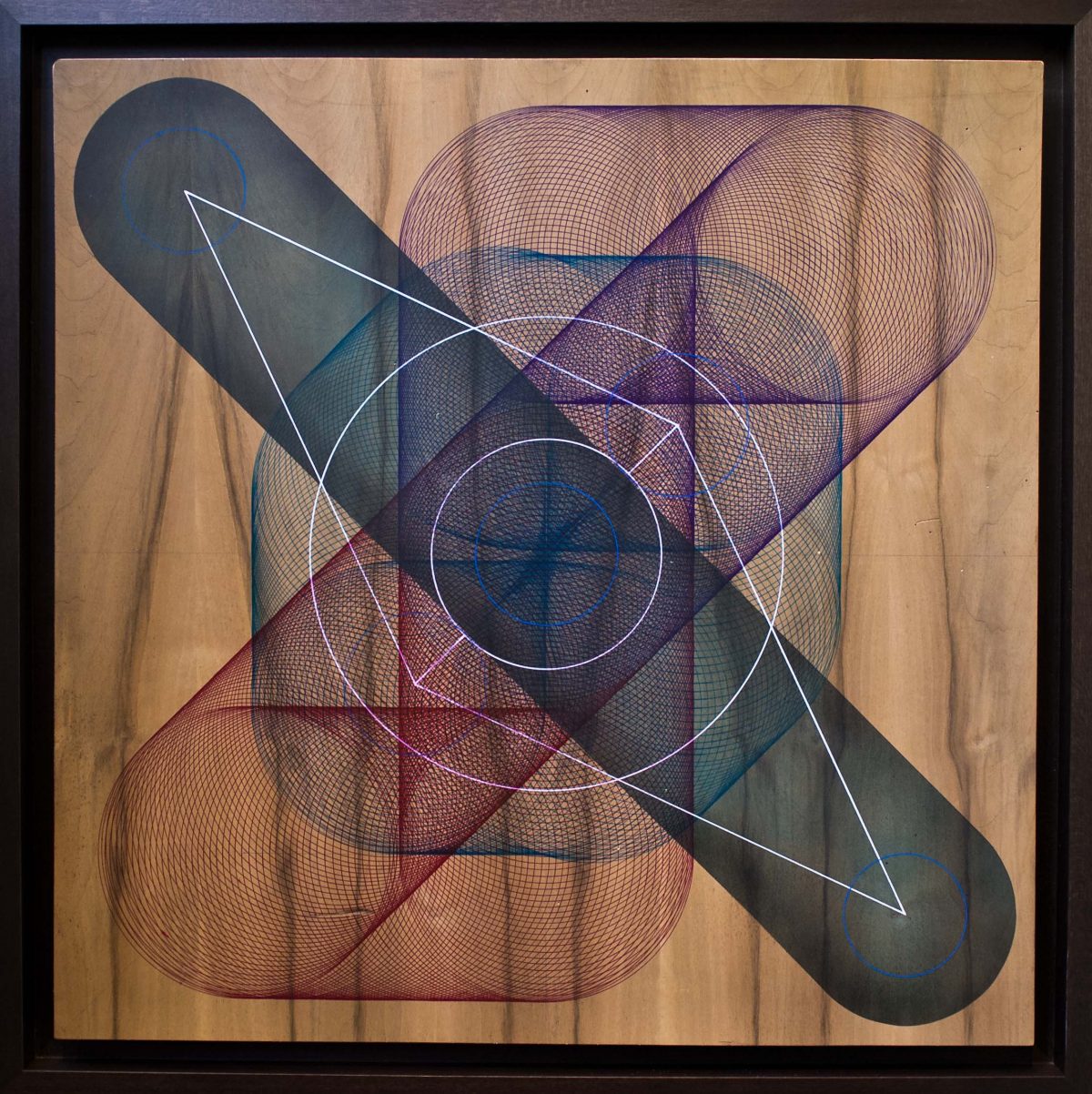 Born in Milan – class 1980 – and raised in Tuscany, Moneyless‘ art is characterized by an investigation on the rawest elements of life and takes for granted a process of continuous evolution. He certainly owes his graphical mark to the street, where he was born as an artist and where he grounded his roots in the ‚90s graffiti/ writing scene. “I wanted to undress the letters from the alphabetical presence” he says – then Teo started focusing on the pureness of the shape, the pregnan- cy of geometry in the fundamentals of life, gradually taking distance from walls and lettering – “My efforts then dropped the symbolic meaning of the letter”. His artistic research, relieved by the weight of a fixed form, made his style move towards a pure geometry onthology. Moneyless‘ aesthetic seems to quote a Platonic vision where geometry is represented as the structure, the foundation upon which all nature is built. Fire, air, water and earth are the basic elements of existence and they come out from the multiplication of the main geometrical figure, the triangle: we‘d better say division rather than multiplication, because it‘s through subtraction that Moneyless looks into evolution. Nature thus becomes functional to the work of art: Moneyless‘ essential forms are processed one after the other, though still entrenched within a structural complexity, they mean purity and neatness. In this picture, the artist still desires to achieve an intimate relationship with the spectator, and is asking him to challenge the environment, forcing him to face this duty and finding the spot that frames the artwork. Consider a forest. Wooden textures on the background are getting a role in the picture, as sky, clouds and all the leaves and branches now included in the frame. Again, these installations stand for the principle of creation.