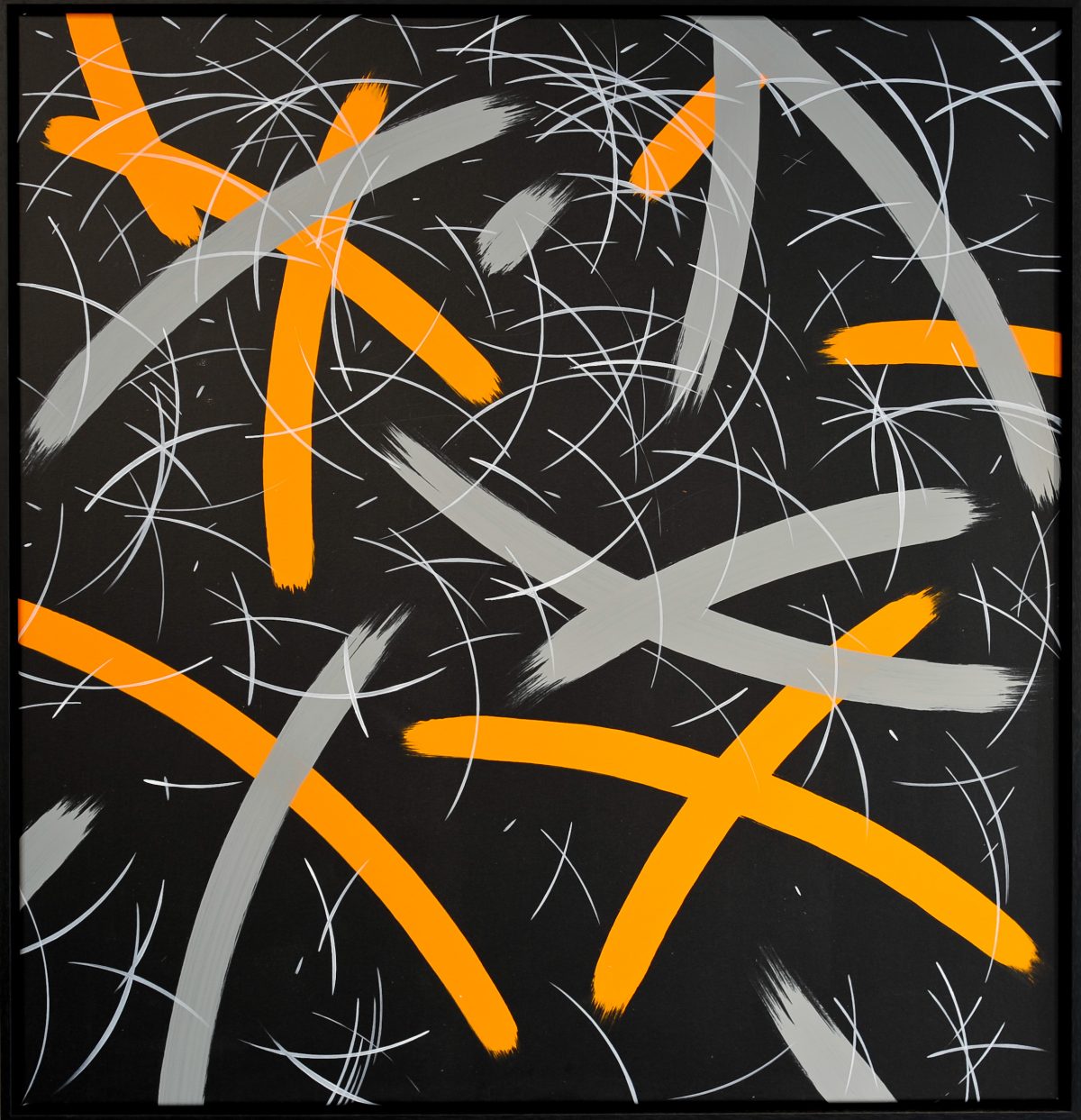 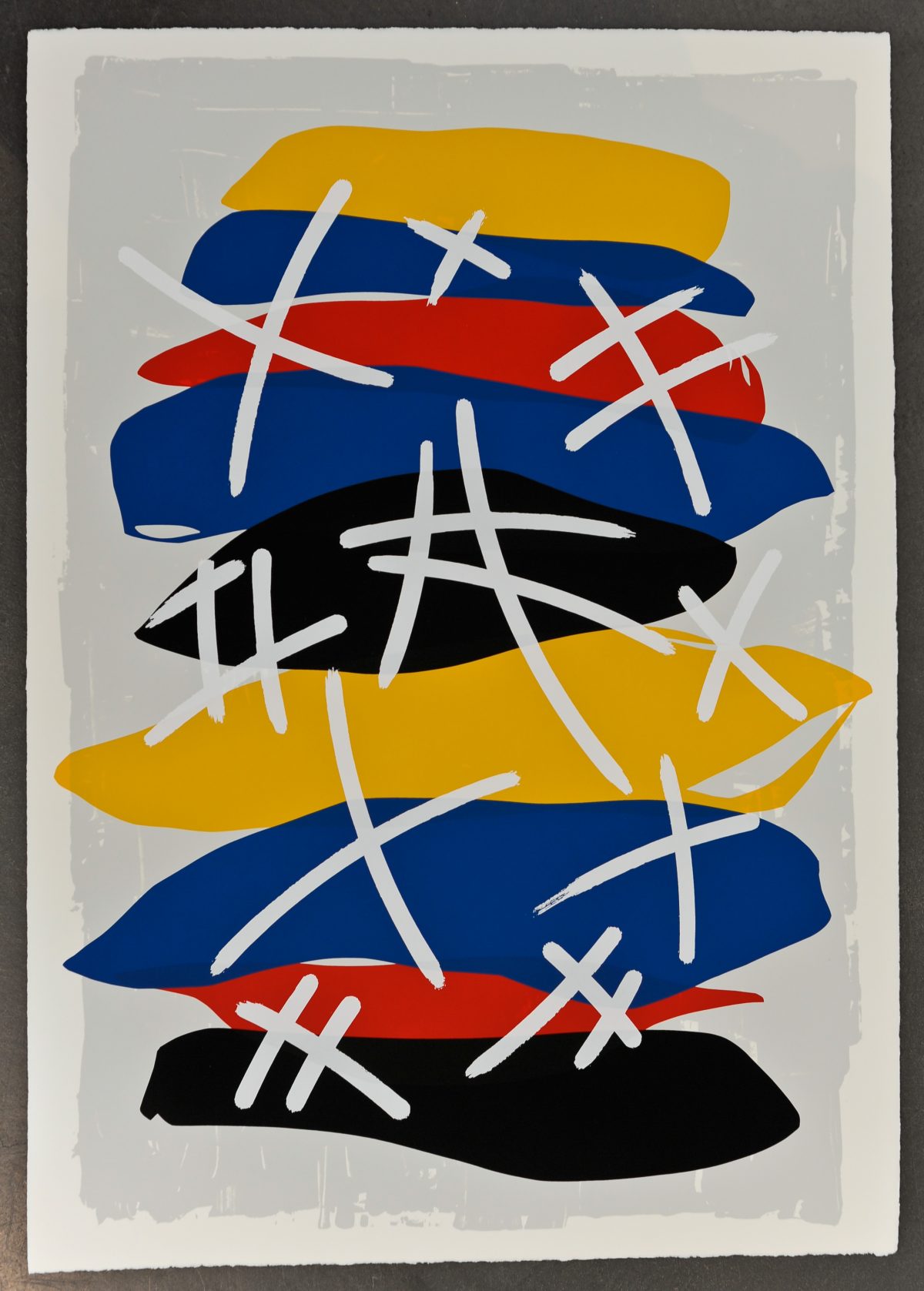 The artwork of “Fragmentations” is the result of an artistic journey that led to the deconstruction and transformation of the most important aspect of Moneyless‘ work, which is the circle, into a dimension of pure movement by depriving it of its perfect form and replacing it with a more human and fleeting tension.The fragments have become the foundation of a new piece of art that animates and invites the spectator’s eye to be part of the creative process. The movement and the strain of the motion thrust were previously represented by a string of static circumferences. Now, the lines suggest a finiteness that the eye can subconsciously recreate, giving the painting a sense of ephemeral completeness.Movement is thus being released beyond the painting and into the surrounding space.