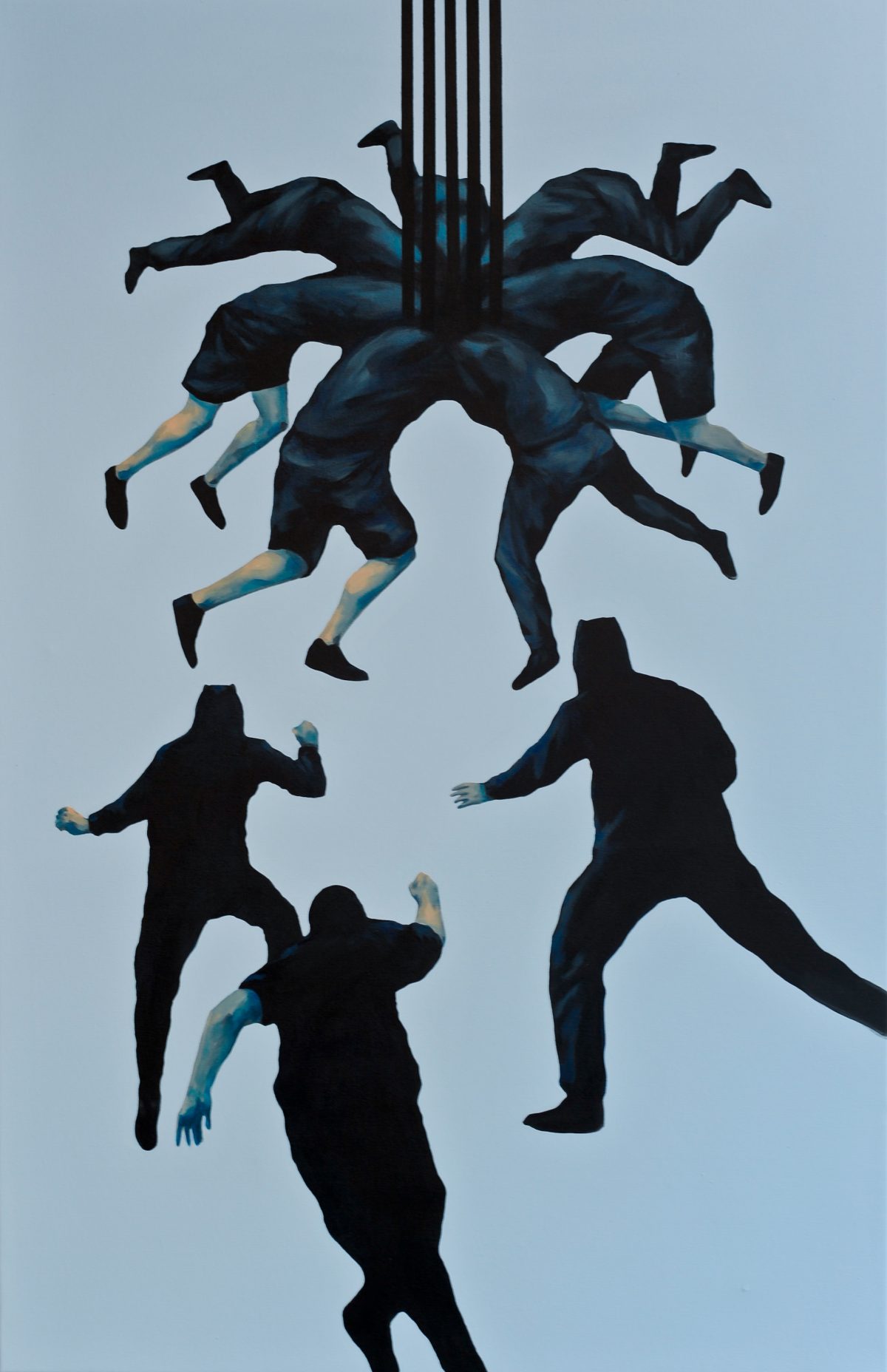 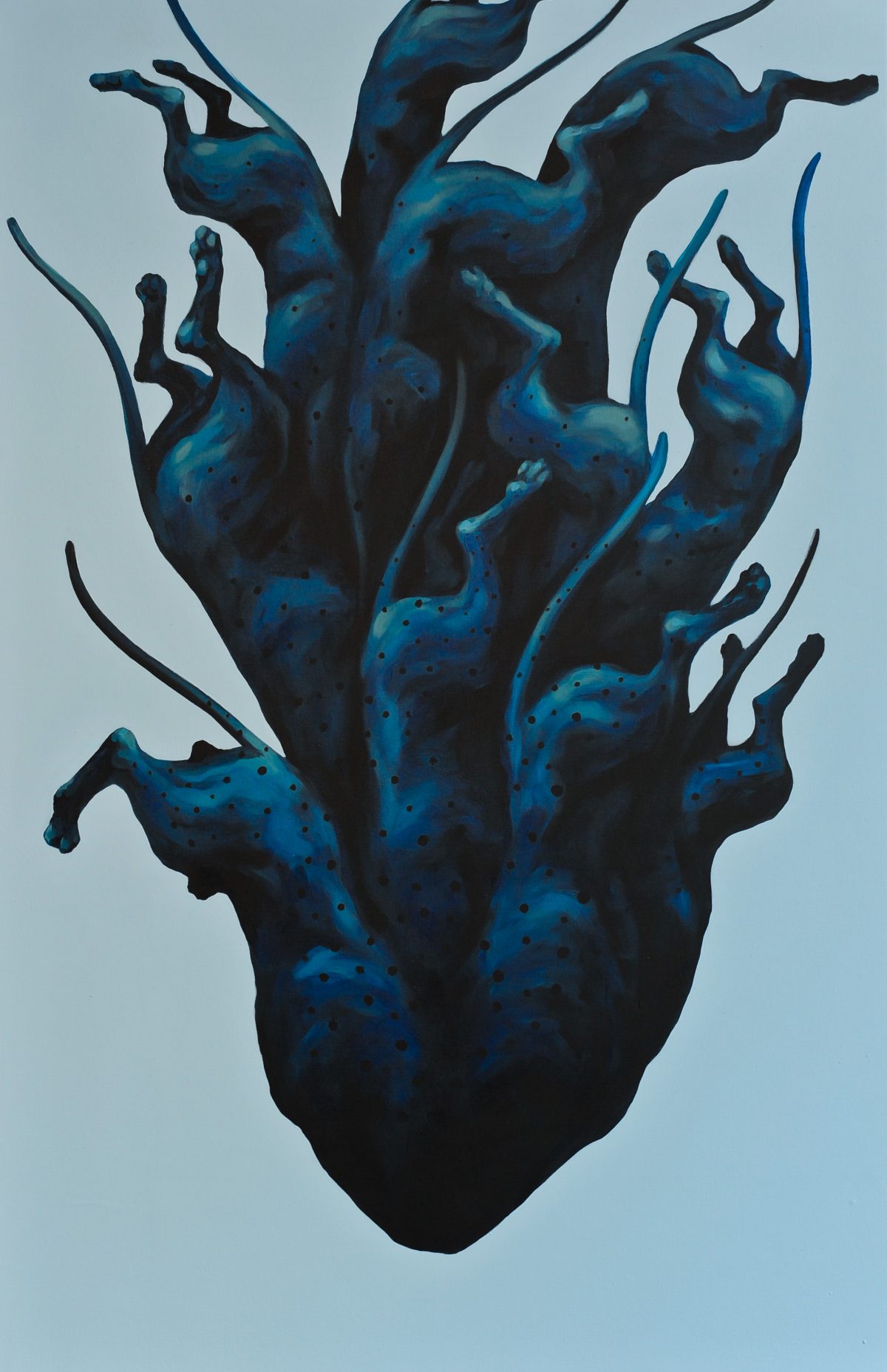 As can be derived by the title which refers to the spanish word “vínculo” (= bond) the show deals with connections, contradictions and contrasts full of tension that shall not only be shown through the paintings but also through the gallery space and how it interacts with the art. The ambiguity that serves the characters of Franco Fasoli – JAZ’s work reflects issues of South American society like social confrontations that occur in various contexts. At the same time it also shows a deeper state of the mind that inheres human like identity confrontations that go along with our fears and the permanent combat we have being inevitably connected to them. It is the artist’s concern to distinguish a double faced reality which he demonstrates through his creatures that often appear mirrored or as disguised human fighters that remind of lucha-libre-wrestling and therefore build a connection to his roots. Also in his choice of colors JAZ creates a dark counterpart to his recently exposed work which appeared in a much brighter color range. The paintings, which are specifically made for the space, will be arranged in the gallery to underline the artist’s vision of ambiguity and create a tension of confrontation between the upper and lower floor.